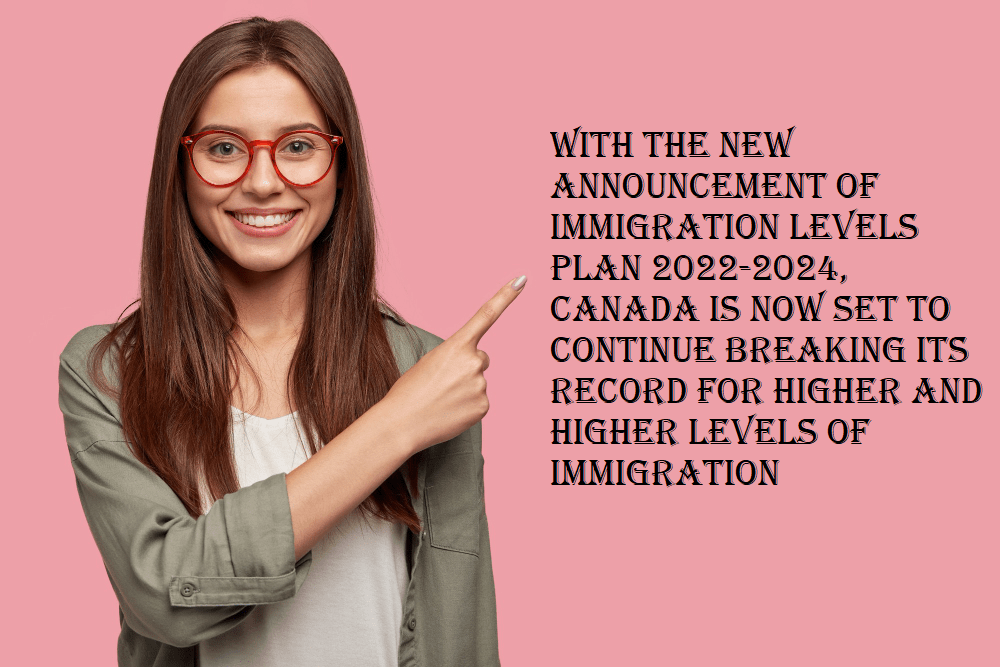 The Canadian government has just published its Immigration Levels Plan 2022-2024. It will now aim to welcome 431,000 newcomers instead of the original target of 411,000 individuals.

Canada has on average had welcomed around 250,000 immigrants each year before 2015. After the launch of Express Entry system, in 2016, the country set a new baseline target of 300,000 newcomers each year. Prior to the epidemic, the goal for 2020 was intended to be about 340,000 immigrants but immigration decreased to less than 200,000 that year due to the pandemic.

The Canadian government made a surprising declaration in October 2020, when it said that it intended to accept over 400,000 newcomers each year going forward to assist the country’s post-COVID economic revival. This was the highest target ever set by the nation in its long immigration history.

Canada broke its record for new permanent residents in 2021, when over 405,000 immigrants were accepted into the country. Most of these newcomers had however entered Canada from abroad before the epidemic, mainly on student visas.

With the new announcement of Immigration Levels Plan 2022-2024, Canada is now set to continue breaking its record for higher and higher levels of immigration. A win-win for Canada as well as new immigrants!

Interested in Canada immigration? You can register for our Free webinar The webinar is held on Tuesday, Thursday and Saturday at 1:30pm – 2pm.