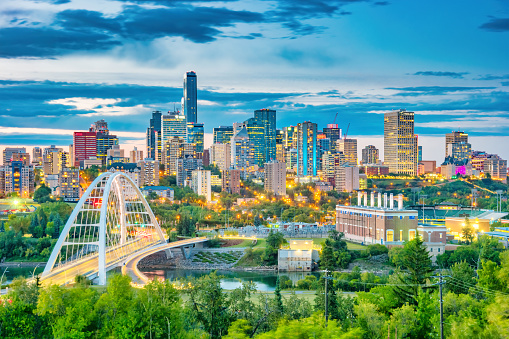 Canadian Experience Class (CEC) candidates with a score of at least 462 were invited by Immigration, Refugees, and Citizenship Canada (IRCC). Candidates who have been invited to apply for permanent residency now have 60 days to do so. This draw is later than planned, as IRCC has traditionally held a CEC draw following a PNP this year.

The IRCC usually runs a PNP draw on Wednesdays and a CEC draw on Thursdays. The CEC draw, which was supposed to take place on September 2, did not happen. The draw was held one day before the next PNP-specific Express Entry draw is scheduled to take place.

Despite the fact that IRCC is behind schedule, the department has shifted its resources to processing CEC applications, according to the government website.

Officers are currently completing CEC applications received in January. All other Express Entry candidates should face delays, according to the government.

IRCC has focused its efforts on immigration applicants who are already in Canada in order to reach its 2021 immigration targets despite travel limitations.

Because Canadian experience is a crucial eligibility element, the majority of CEC candidates in the Express Entry pool apply from within the country. Candidates for the CEC must have at least one year of full-time work experience in a skilled occupation in Canada.

The number of Invitations to Apply (ITAs) granted by IRCC has virtually doubled year over year. With more invitations, the IRCC is more likely to meet its 2021 objective of 108,500 newcomers under the Express Entry system. Due to the nature of CEC and PNP-only draws, the minimum score criteria have fluctuated. Because CEC drawings are limited to a single group of applicants, the cutoffs are usually lower.

In the Federal Skilled Worker Program, for example, they are not competing with others. As a result, larger draw sizes allow IRCC to invite more candidates, lowering the score.

With their provincial nomination, PNP candidates automatically receive 600 points, hence PNP drawings will always be larger than any other sort of Express Entry draw. Since June, PNP draws have fluctuated from the low 740s to the high 760s.

Deemed as the most renowned immigration processing system within the Maple country, this is a type of online application submission system quite well-known amongst potential migrants. Canada has set its bars high with a targeted goal of sending out approximately 108,500 novel invites to fresh immigrants through Express Entry pathways in this year of 2021 alone, easily surpassing its previous numbers as accounted in alternate immigration programs.

Through the assistance of such systems, it’s possible for interested foreign nationals to submit their profiles and additional details into the pool of Express Entry entrants to be considered for a probable PR status via obtaining an ITA.

Now, the IRCC hosts a series of frequent draws on behalf of the Express Entry system in order to issue out ITAs to potentially eligible candidates possessing high scores as per the CRS. Upon receival of an ITA, applicants are permitted to apply for Canadian immigration by connecting with decision-makers from the IRCC itself. The country’s immigration is referred to as a distributed responsibility between the provincial and federal government, however, the sole authority to approve/reject one’s PR status lies only with the federal entity, i.e., the IRCC.