Diversity in Canada: June reserved for Heritage and Pride celebrations 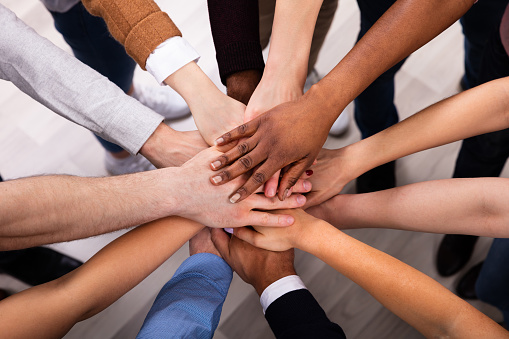 The month of June is considered the celebratory hub for a wide range of events in Maple Country. It’s a significant time for Filipino Heritage Month, Italian Heritage Month, Portuguese Heritage Month, LGBTQ2+ Pride Month along with National Indigenous History Month, to name a few.

The recognition conferred upon the celebration of a commemorative month, week, or day doesn’t lie with any centralized Canadian authority. Typically, if a group existent within or just outside the country decides to call for recognition within a stipulated duration of time, they have a greater chance of receiving it as long as it’s streamlined with Canadian values.

Since the country immensely values inclusion and diversity amongst various other sentiments, there are a bunch of commemorative festivities celebrated all through the year, inclusive of a variety of cultures and populations. Though these events don’t call for official holidays, they have been curated to instigate fruitful discussions related to the same to imbibe better understanding among locals.

Listed below are some of the notable occasions celebrated in the country through the month of June:

This occasion basically exists for intense recognition conferred upon people belonging to Métis, Inuit, and the First Nations living in Canada to honor their heritage, history, and culture. Numerous notions are taken up by individuals in schools, on social media, and at organizations to celebrate the diversity of Indigenous groups.

The year 2021 marks a crucial year of remembrance for those young children who were forced to separate from their families and relatives to depart to residential schools after a shocking discovery was made in British Columbia’s Kamloops wherein the remains of 215 children’s bodies were found buried in unlabeled graves. The purpose of these residential schools was to completely eliminate Indigenous cultures while converting the kids towards a Euro-centric Canadian culture.

At a recent discussion, Marco Mendicino, Canada’s Immigration Minister stated that Indigenous populations were once again permitted to re-adopt their traditional names on documents pertaining to permanent residency and citizenship. The country also plans to bring about minor changes within its Citizenship Guide and Oath to include Indigenous cultural people too.

This presents a beautiful chance to commemorate the noteworthy contributions made by Filipino Canadians towards the nation’s cultural, economic, and social aspects. Residents of the nation are presented with a unique opportunity to embrace and gain a deeper understanding of the Filipino citizens of the country.

With the premier settlement of Benson Florence on Bowen Island back in the 1890s, the Immigration of the Filipino community could be traced, the numbers today present a total growth to about 837,000 individuals. The majority of these Filipino residents live in provinces like Toronto, Ontario, Winnipeg, Vancouver, and Calgary.

This time calls for recognition to be garnered over those Canadians of Portuguese descent for their contributions towards the nation. Canada is the homeland of one of the largest Portuguese-centric populations in the world, accounting for about 480,000 today. The nation firstly came into existence thanks to its discovery via Portuguese explorers.

Throughout the decades, this group of people has inhabited the nation in order to secure better job opportunities, improve economic conditions, and escape from the clutches of political oppression. This immigration move began way back in the 1940s but gained a certain impetus in 1953. At the start, the majority of these people were hired for odd jobs in rural Canada, but with time, they migrated towards the cities for better positions. Today, this population is spread out amongst the rural and urban regions with vast numbers discovered in provinces of Quebec, Ontario, and British Columbia.

The Maple country also houses a total of about 1.5 million individuals coming from Italian ancestries easily making it one of the highest on the list. This period is a celebratory time to acknowledge the immense contributions of this population in inculcating a more diverse and inclusive culture within Canada.

The province of Ontario imbibes the value propagated via the Italian Heritage Month Act by celebrating said festivity since the month of June 2010, during which almost 1.3 million Italian-descent Canadian resided there.

The 1830s were the times when these descendants started entering the nation. During the period of the 1870s and the First World War, Canada witnessed a great inflow of fresh Italian immigrants. The prime provincial spots for them to settle within were Montreal, Vancouver, and majorly, Toronto.

The 21st of June every year is reserved to mark a special occasion for the celebration pertaining to populations from First Nations, Métis, and Inuit descent, basking in the glory of their cultures, languages, and spiritual belief systems, quite similar to National Indigenous Heritage Month.

The reason this day was selected was to commemorate the importance of it being the summer solstice, that is, the longest day of the year, thereby having immense value to Indigenous people and their respective communities.

Roméo LeBlanc, the Governor-General of Canada began celebrating this day back in 1996, wherein it was originally labeled as National Aboriginal Day. This name was altered by Justin Trudeau, the Canadian Prime Minister back in 2017 to a more familiar National Indigenous People’s Day. The Canadian Government has recently started employing an active role in brainstorming festive events, sourcing funding, and distributing resources to promote this day.

This popular celebration garners large crowds across the Maple country to honor the struggles and hardships endured by this community and leverage the authenticity of enjoying gender and sexual diversity.

Ever since the year 2002, same-sex spouses have been permitted sponsorship within the nation for Immigration purposes. Before this duration, it was mandatory for same-sex partners to be eligible as common-law partners or they had to be invited on the basis of humanitarian or compassionate grounds.

The gender identifier label ‘X’ has been deemed recognizable within the country ever since 2017. March 2021 incurred a new rule stating possible changes permitted to be made by Temporary residents with respect to their gender identifiers.

Currently, there’s still a lot of ongoing progress to be inculcated with regards to LGBTQ2+ populations. This is evident by the recent change in July 2020 permitting homosexual couples to transfer their Canadian citizenship to their foreign-born children.

This is marked on the 27th of June every year to encourage Canadian citizens to maintain their identities in a steadfast manner, feeling pride towards their ancestral roots and instilling a sense of belonging within the locals.

The 24th of June is reserved for citizens to celebrate the cultures of Francophone populations and is considered an official holiday in Quebec, ever since the year 1925.

This celebration goes way back in time when French colonizers had named the North American continent, New France. At the start, it was considered to be a religious holiday, which later became a day for patriotism in 1834.

At present, French-speaking Canadians are honored and enthusiastically celebrating their culture and language in communities widespread across the nation.