Information about Canadian Job Vacancies during the Q2 phase 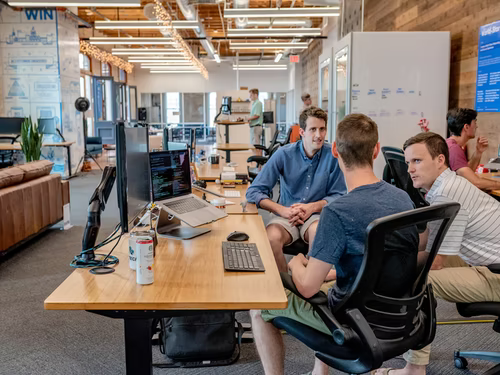 According to Statistics Canada’s quarterly job openings report, Canada’s employment vacancy rate in the second quarter of 2021 was the highest on record.

The job vacancy rate measures the number of open positions as a percentage of total available positions, both open and filled. The employment vacancy rate in Canada was 4.6 percent between April and June, the highest since comparable data was available in 2015. The high rate was influenced by both an increase in vacancies and a decrease in payroll employment over time.

Last quarter, there were 731,900 job openings, nearly 26% more than the same period two years ago.

In addition, average hourly salaries were $22.85, up to $1.55 over the previous year. Wage growth, fluctuations in industries and occupations, and the types of jobs being filled — such as full-time or part-time roles — can all affect changes in average pay.

With the exception of Newfoundland and Labrador and Alberta, all provinces saw increases in average salaries. Prince Edward Island and British Columbia (B.C.), which had the highest average hourly wage among the provinces, saw the biggest rises.

In comparison to the previous year, job openings increased in all provinces. Quebec and Ontario saw the most significant rises. The highest vacancy rates were seen in British Columbia and Quebec.

Canada had been having a labor deficit for some time, even before the epidemic, which was partly solved by immigration. However, with some of the lowest numbers of new immigrants expected to arrive in Canada in 2020, the tight labor market will only get tighter. However, low immigration is simply one factor. Government employment perks, according to others, have also deterred people from returning to work. Other factors cited by economists relate to the more specific issues faced by hard-hit industries.

Vacancies increased dramatically in some industries. In Canada, one out of every seven employment openings was in the health-care and social assistance sector.

It had the biggest two-year growth in job openings, increasing by more than 40,000 to 108,800. Vacancies increased across the board, but mainly in hospitals, nursing homes, and other long-term care facilities. Over the two-year period, nurses and psychiatric nurses saw the most growth of any occupation. Their average hourly income was $32.50 in 2019, up nearly 6% from the previous year. The pandemic burnout is causing nurses to leave in droves. Nurses were already in low supply before the outbreak, and the more tough working circumstances are exacerbating the problem.

Construction job openings reached a new high of 62,600 available vacancies. A vast number of the job openings were for construction trade aids, carpenters, and electricians.

In the latest quarter, there were 84,300 job openings in retail, primarily in food and beverage stores, building materials, and garden equipment and supplies merchants. Retail salespeople, shop shelf stockers, clerks, and order fillers were among the top ten occupations with the most openings between the second and third quarters of 2019.

Manufacturing had a record number of job openings, with 65,900 positions available. Vacancies were dispersed across numerous sub-sectors, with food manufacturing and wood product manufacturing seeing the most growth.

In addition, the number of job openings in the hotel and food services industries reached an all-time high. The number of job openings in this industry increased to 89,100. The growth was exclusively in the sub-sector of food services and drinking establishments, which were subject to public health controls. Vacancies for food counter attendants, kitchen assistance, and related support occupations have increased significantly. According to Statistics Canada, it grew at the second-fastest rate of any occupation during the past two years. The average hourly wage for this occupation was $14.55 in the first quarter of 2019, up more than 6% from the same quarter last year.

Many workers have left the services sector due to prolonged shutdowns.

For example, while average salaries in the food services sector were higher in 2019 than in 2019, they were still lower than in other industries. The income disparity may help explain why many people are quitting the industry.

The number of job openings would increase as workers who postponed resigning or retiring during the pandemic begin to depart the workforce.

More than 8% of businesses anticipate an increase in job openings this quarter. In December, the third quarter of 2021 job vacancy statistics will be revealed.

More than 800,000 jobs were being advertised in Canada in July, slightly more than in June. One-sixth of all job openings were in the accommodation and food services industry.