Insights into the Impact of Elections 2021 on Canadian Immigration 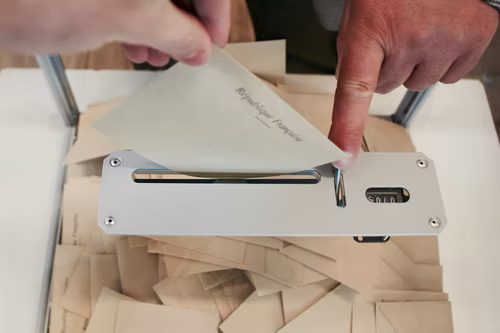 According to news outlets such as CTV and CBC, Justin Trudeau’s Liberal Party has won its third consecutive election in Canada.

The news networks predict that the Liberals will create another minority government after a 36-day campaign.

Due to pandemic-related difficulties like as lengthier lines at polling sites and more votes being sent, the final election results are projected to be delayed.

The final results of federal elections are usually revealed the same night as the elections, but in this case, the official results are unlikely to be known until at least Tuesday.

A majority of at least 170 of the 338 seats in the Canadian Parliament is required. A majority government allows the ruling party to pass legislation without the need for opposition parties’ participation.

To enact laws and sustain power under minority administrations, the ruling party must work with the opposition.

After winning a majority in the 2015 election, the Liberal Party of Canada was relegated to a minority government after the 2019 election. Trudeau called an election two years before his government’s four-year mandate was supposed to end in the hopes of regaining a majority.

The Liberals won 157 seats and 33.1 percent of the popular vote in the 2019 election, while the Conservatives received 34.3 percent of the vote but only 121 seats. The Liberals are expected to win a comparable number of seats in this election, according to projections.

The Conservatives will come in second place, followed by the Bloc Quebecois and the New Democratic Party (NDP). Throughout the campaign, the Liberals and Conservatives alternated places in national polling in a battle that was extremely close. They are the only two political parties to have ever governed Canada since its founding in 1867.

Throughout the campaign, topics such as climate change, affordable housing, and economic recovery took precedence over immigration. Both the Liberals and the Conservatives, on the other hand, committed to expand immigration, alleviate the application backlog, and improve credential recognition.

Influence of the Elections over Immigrations in Canada

Over the next few years, the election outcome should result in few substantial policy changes and shocks in Canadian immigration. Another Liberal minority should have little direct influence on immigration policy.

Since 2019, the Liberals have been able to push through their immigration program with little opposition or debate. Opposition parties have instead concentrated on holding the government accountable on other topics such as the pandemic response, economic and budgetary policies, and foreign affairs problems such as Canada’s reaction to the Afghan conflict.

As a result, we should anticipate the Liberals’ immigration policy, which has been in place since 2015, to continue. This involves continuing to welcome high levels of immigration to aid Canada’s post-pandemic economic recovery, as well as reuniting families, assisting refugees, and inviting other international talents such as temporary foreign workers and international students.

The program of the Liberal Party includes a number of pledges that are significant to newcomers and future citizens. For example, they reaffirm their vow to abolish citizenship costs throughout the 2019 election campaign.

They have also stated that they will favor Francophone immigration in Quebec and beyond. They do not, however, go into great detail about their “ambitious national strategy.”

They claim to be able to cut COVID-19-related processing times to under 12 months, yet their platform does not specify how. They plan to implement electronic applications to improve family reunification applications.

The Liberals seek to use the Express Entry CRS points system to broaden avenues to permanent residence for temporary foreign employees and former international students.

The Liberals promise to collaborate with employers across the country to accept 2,000 talented immigrants to fill labor shortages in high-demand industries like health care. They also aim to increase the number of Afghan refugees resettled from 20,000 to 40,000.

The Liberals claim that by introducing a Trusted Employer stream, which will speed the application process, they will help temporary foreign workers and Canadian firms. They also pledge to strengthen the Global Talent Stream by making permit renewals easier, maintaining the two-week processing norm, and establishing an employer hotline to help businesses find and hire workers.

The Future of Immigrations in Canada

We can get a sense of what to expect on the Canadian immigration front in the next six months or so based on what happened following the 2015 and 2019 elections.

The introduction of the Immigration Levels Plan for 2022-2024 is the next key event to watch. The IRCC’s immigrant admissions targets, the number of immigrants targeted under each admissions class (economic, family, refugee, and humanitarian), and allocations for each province and territory are all guided by the levels plan. This announcement is expected in the first quarter of the next year.

The announcement next year should be routine, with the Liberals expected to stick to their promise to increase immigration beyond 400,000 arrivals.

The Canadian government’s economic and fiscal forecast will be outlined in Budget 2022. New immigration policies, programs, and projects that the government intends to pursue are occasionally included in the budget release.

Budget 2021, for example, said that the government plans to spend over $430 million upgrading its IT infrastructure in order to enhance the way it processes immigration applications.

The new Liberal administration should gradually settle in and implement new immigration policies and programs during 2022.