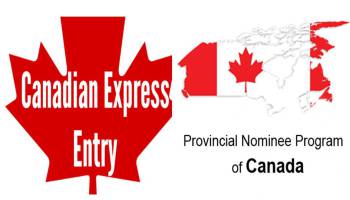 In the recent express entry draw, which took place on November 1st, Immigration Refugee and Citizenship Canada (IRCC) sent ITA to applicants who have scored 241 on CRS point scale.

With a majority of Federal Skilled Trade Class (FSTC)applications, IRCC issued total 795 invitations to apply (ITA) to applicants under Express Entry Selection Scheme in the recent draw, which was held on November 1st, 2017.

These applicants secured a Comprehensive Ranking System (CRS) Score of 241 or more, in case of FSTC applicants, and 673 for PNP.

“While the latest Express Entry draws may have taken some people by surprise — not so much in their timing, but in who was invited — it goes to show that IRCC is taking an increasingly dynamic approach to the system and how it works,” says Attorney David Cohen. “Not only that, but the government has now issued more invitations so far this year than in the two previous years put together.

This was for the second time in the present year that IRCC has conducted a program-specific draw for federal and provincial nomination candidates.

Contact our counsellors for detailed information and assistance to immigrate Canada.