More parents and grandparents to fly to Canada in coming years 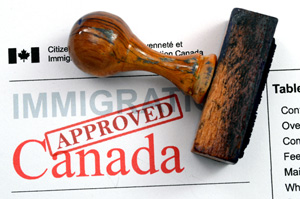 To meet the immigration targets of their multi-year immigration plan, Canada immigration is to allow a higher number of applicants to move in under Parents and Grandparents (PGP) program.

Immigration refugee and Citizenship Canada targets to allow 21000 applicants under PGP entry by 2020 under its multi-year immigration plan.

A total number of applications permitted under this entry in 2015 was 5000, which was increased to just double by the new government by allowing 10,000 permanent residents.

The program was earlier operated on a first-come, first-served basis. However, the system has completely changed now by the potential sponsors first declaring their interest in the program before the government select at random those who could go on to submit an application.

Later in the year, the government issued more invitations to apply for the PGP, in line with the target intake for the year.

The new multi-year plan will allow a greater number of applicants, more than four times than it was in 2015, to get the permanent resident status in Canada. This will also create an opportunity for new applicants to submit their candidature for PGP entry and the pre-submitted applications to get into the active processing cycle.