Participating in the Canadian Elections and Voting process as an Immigrant 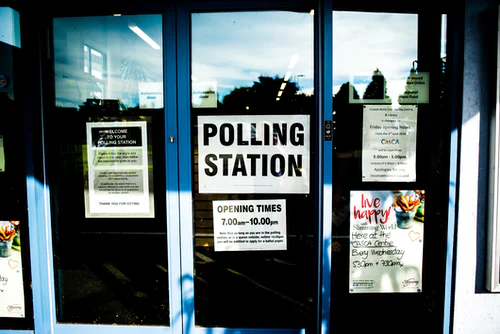 On September 20, Canadians will go to the polls, some for the first time.

This season, Liberal Party Prime Minister Justin Trudeau asked for a snap election. Elections are required to be held every four years by law, however, they may be called sooner under specific circumstances. Trudeau asked the new governor-general, Mary Simon, to dissolve Parliament and call an election for the 2021 election.

Here’s what you need to know about voting in the federal election of 2021 if you’re seeking to vote this year, especially if you’re a new citizen.

Eligibility to Cast a Vote

You can vote in the federal election of 2021 if you are a Canadian citizen aged 18 or older. You can also apply to have your ballot mailed in if you are abroad in the country or just do not want to go to a polling location on election day.

Functioning of the Canadian Electoral System

In Canada, you elect one member of parliament (MP) to represent your riding. There are 338 ridings in the province. Each one is led by an elected member of parliament. Most elections are won by the party with the most MPs elected to the House of Commons, and the head of that party becomes Prime Minister.

The Decision-Making Process before Voting

There are several methods for determining which political party is most aligned with your objectives. For example, the Canadian Broadcasting Corporation offers a Vote Compass, which allows you to take a questionnaire to see which parties share your political views. Other similar quizzes can be found with a simple search query.

The Liberal Party of Canada, led by Prime Minister Justin Trudeau, presently governs Canada. The official opposition, the Conservative Party of Canada, is led by Erin O’Toole and has the second-most seats in the House. These are the only two political parties to have ever held federal office.

Yves-François Blanchet leads the Bloc Québécois, which is only active in Quebec. It presently holds the third most seats in the House of Commons, behind Jagmeet Singh’s New Democratic Party (NDP). Annamie Paul, the leader of the Green Party, has the fewest seats in the House.

Carrying out the Voting Process

For new voters in Canada, the first step is to register to vote. You can register to vote either online or in-person at any Elections Canada location. Pre-registration is open until 6 p.m. on September 14th. You should receive a voter information card in the mail if you register ahead of time, which you can bring with you on election day. You’ll also need one acceptable form of identification.

In stark contrast, you can show up at a polling place and register to vote. From 9 a.m. to 9 p.m. local time, advance polling will be held from September 10 to 13. The date of the election is September 20.

The majority of Canadians who are eligible to vote have already done so. Visit the Elections Canada website or call 1-800-463-6868 to find out.

If you vote by mail, you will receive an instruction package to your home address in which you must write the name of the MP for whom you wish to vote.

Voting from outside of the Maple Country

Yes, you can vote even if you are not a Canadian citizen. Before September 14, you must register to vote via mail.

Following your registration, Canada will send you a voting kit in which you can select the candidate for whom you want to vote. Elections Canada advises that the ballot be mailed in as soon as feasible. By law, your vote cannot be counted if it is received after September 20.

Your voter information card will include information about your voting site. There will be fewer and farther between polling sites this year. Elections Canada was unable to set up polling stations on university and college campuses due to the fact that it is a snap election.