Spousal Sponsorship as a way of Canadian Immigration 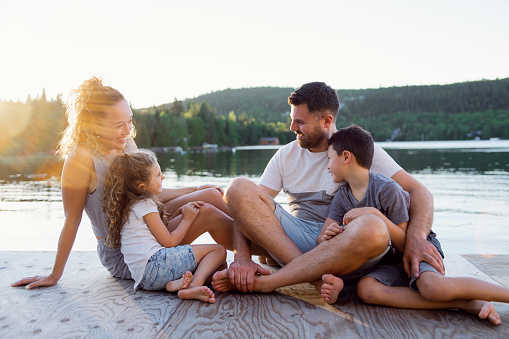 The Immigration system of Canada has a prime focus on Sponsorship between Spouses, further depicted by Canada’s novel goal of extending its arms to nearly 80,000 immigrants on an annual basis, as per the Immigration Levels Plan 2021-2023, leveraging its Spousal, Partner, and Children category. The majority of these applicants shall belong to the category of partners and spouses connected to permanent residents and Canadian citizens.

Owing to the onset of the pandemic spousal sponsorship applications have witnessed a stark delay in their processing times. Fortunately, the IRCC (Immigration, Refugees and Citizenship Canada) has vouched to bring this back on track once this virus outbreak has subsided to a significant extent.

This article presents information to Canadian citizens/PRs who wish to sponsor their loved ones in order to feasibly immigrate to Canada using this scheme.

Information about the Process

PRs, as well as Canadian citizens, are eligible to conduct sponsorship of their common-law partner, spouses, or conjugal partners in order to gain PR status by immigrating to the country. However, the Canadian permanent resident or citizen, i.e. the sponsor and the foreigner who will be the sponsored person need to receive approval from the IRCC.

For this, they must depict how their personal relationships belong to either of the aforementioned criteria. One must note that same-sex relationships are legalized within the country.

Provided the Canadian PRs and/or citizens in question are able to satisfy the conditions below, they are eligible for sponsoring their loved ones.

In order to be sponsored, one must belong to either of these three group categories and should mandatorily be of a minimum of 18 years of age:

Steps to Apply for Spousal Sponsorship

The IRCC requests for a total of two applications to be submitted simultaneously, namely the PR application as well as the Sponsorship application.

[a] Discover your eligibility to sponsor someone.

[b] Apply for the application package distributed by the IRCC.

[c] Complete payment processing of the incurred costs via the IRCC website, which would be inclusive of fees for biometrics as well as the right of PR fees.

[d] Both of the above-completed applications are to be mailed to the IRCC.