Ways to Make the Shift from the United States to Canada 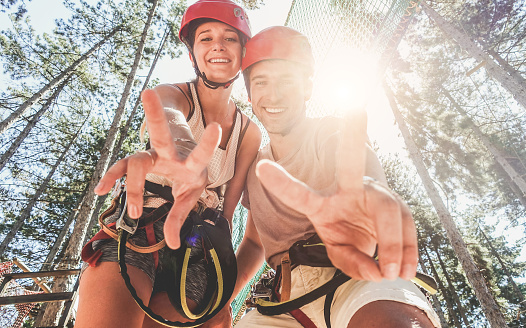 Major amounts of foreign national citizens that plan to make the shift to Canada come from the vast population of the United States of America. This record has been blatantly observed since the past years, even during the strike of the pandemic situation, whereby tens of thousands of citizens pursued moving to the land of the Maple leaf in order to either work, study, or immigrate as a PR.

This article presents a comprehensive list of renowned and proven options for those living within the U.S. and seeking opportunities to shift towards the North.

Even though Canada shares the status of being labeled as a federal country right along with the U.S., it stands an extra bonus wherein its territories and provinces are permitted to host nominations in order to streamline and choose prospective immigrants. This is particularly why the country has greater than 100 different immigration pathways designed on a merit basis specifically catering to foreign nationals wishing to immigrate to Canada.

In any of these pathways, applicants get examined on a majority of their human capital factors, some of which include their educational background, age groups they belong to, proficiency in any of the native languages as well as their working experience. Although possessing a valid and relevant job offer from a potential Canadian employer is always a bonus, plenty of immigrants actually tend to migrate without any prior offer of employment in hand.

Using the preliminary Express Entry pathway, there is a chance for U.S. citizens to immigrate to the Maple country under the status of being Skilled Workers, which is hosted and managed by the federal department of the IRCC ( Immigration, Refugees and Citizenship Canada).

IRCC hosts frequent draws for Express Entry in order to lure in potential candidates to apply for permanent residency within the country. This occurs every two weeks, give or take, and has still been happening despite the strike of the COVID-19 pandemic. After candidates get their invites sent out, they have a period of a few months waiting duration before which they need to send in their applications for PR to this department.

Apart from this system, the PNP (Provincial Nominee Program) stream is the second most popular option for immigration to Canada. Almost every single territory or province within the nation hosts its own featuristic PNP accomodating a bunch of streamlined and particular selection criteria which are specific to their own labor market requirements. Those successfully qualifying for the same shall receive a PNP certificate, which needs to be submitted along with their application for PR directly to the IRCC department.

Those who are deemed eligible for the Express Entry program should consider making a personal profile of the same nature. While awaiting your turn in the pool of entrants, either a province or territory may decide to send you an invitation to apply based on your eligibility and meeting of their requirements, which could lead you to gain an additional 600 points under the status of Express Entry, that almost confirms your receipt of a PR status in the country.

There are a bunch of alternate options for immigration like applying via Quebec’s Immigration system or Canada’s specific streams catering to self-employed candidates or those belonging to the business profile.

Almost thousands of the U.S. population tend to migrate northwards using the title of foreign workers. There are a total of two types of work permit categories:

The LMIA is basically a technique used by the Canadian federal government to assess the impact withholding the recruitment of foreign nationals will have over the pre-existing employees within the nation. For some job positions and securing offers for the same, an LMIA would be a necessity, which is why Canadian employers need to gain access over either a neutral or positive LMIA before completely recruiting the foreign national as an employee.

For this second category, there is no necessity of displaying an LMIA on account of Canada’s social and economic interests. For example, some U.S. citizens may be eligible for a job position without the requirement of an LMIA using a work permit through the previously known NAFTA, which is now abbreviated as the USCMA (United States-Canada-Mexico-Agreement). This provides American citizens a greater amount of flexibility to obtain employment in Canada either through a job offer from a new employer or their current one. This also gives them the chance to participate in trading or investments in the country.

The third option would be applying through the Global Talent Stream, providing immense benefits to Tech-centric talents within the States regardless of their original nationality as their Canadian work permits shall undergo faster and quicker processing through this pathway.

These pathways prove that immigrating to Canada under the status of a foreign worker has tremendous advantages. Proof of this exists via Canadian Immigration streams targeting the economic classes whereby priority is given to foreign nationals holding significant past working experience along with the allotment of additional points.

This is considered to be the second-highest Immigration category in the Maple country, whereby the majority of the population sub-classes benefiting from this stream are common-law partners and/or spouses of Canadian citizens and PRs. The latter are also permitted to sponsor their parents, grandparents, and dependent children and/or grandchildren.

Those born within the United States and whose parents have the status of being Canadian citizens are automatically considered to be eligible for Canadian citizenship. Upon submission of a ‘Proof of Citizenship’ application to the department of the IRCC, they may proceed with this procedure.

Among the world’s citizenship pathways, Canada’s is considered to be the most accessible one. Once one receives permanent residency status, a minimum of 3 years, i.e. at least 1095 days of residency since the previous five years, within Canada is mandatory to be eligible for citizenship. There’s a lot of hope seeing as almost 80% of potential immigrants become Canadian citizens through either of these pathways.