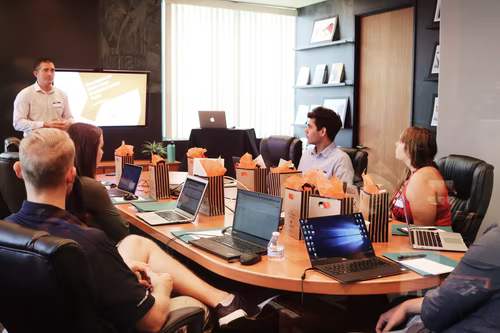 The Labour Force Survey of Statistics Canada covered the Canadian labor market for the week of September 12 to 18. Several provinces have implemented proof-of-vaccination restrictions for non-essential locations such as gyms and restaurants that week.

In September, the jobless rate fell for the fourth month in a row, to 6.9%, the lowest level since the beginning of the pandemic.

While the general population of newcomers did not increase during the pandemic, the number of very recent immigrants employed in certain industries did. Professional, scientific, and technological services, as well as finance, insurance, real estate, rental, and leasing, are just a few examples. Throughout the pandemic, employment in these two businesses has grown steadily.

For the first time, employment in the services sector surpassed that of the pre-COVID period. Public administration, information, culture, and recreation, as well as professional, scientific, and technical services, all saw gains.

In contrast, several businesses, such as lodging and food services, have yet to return to their February 2020 employment levels.

Overall, there was little movement in the goods-producing sector, which has been the case since it lost 94,000 jobs between April and June. The exceptions were manufacturing and natural resources, both of which saw some job growth in September.

The number of recent immigrants working in numerous professional, scientific, and technical services occupations, as well as finance, insurance, and real estate, has increased in recent months.

The term “recent immigrants” refers to people who have arrived in the United States within the last five years. More of these recently arrived workers are establishing a professional career in Canada soon after their arrival. This means that more immigrants to Canada are spending less time, if at all, in so-called “survival” jobs unrelated to their training, which pay less and have fewer possibilities for advancement.

While the overall number of entrants to Canada has remained stable over the epidemic, the number of recent immigrants employed in certain industries has risen. There were 30,000 more recent immigrants working in professional, scientific, and technical services in September 2021 than there were in September 2019, as well as 22,000 more in finance, insurance, real estate, rental, and leasing.

During the epidemic, these businesses, together with public administration, have seen the highest continuous job growth of any industry in Canada.

The Canadian economy, which reached a key milestone in September when the total number of people working in Canada returned to pre-pandemic levels for the first time since February 2020, is not simply bringing delight to recent immigrants. In September, 157,000 net new employment were added, closing the gap on the three million jobs lost at the start of the COVID-19 epidemic.

The work market in Canada is also characterized by wage increases. Wages have increased by at least 4.6 percent since late 2019 — enough to beat inflation over the same time period, depending on how you measure it.