Canada is set to ease down even more Travel restrictions: Justin Trudeau 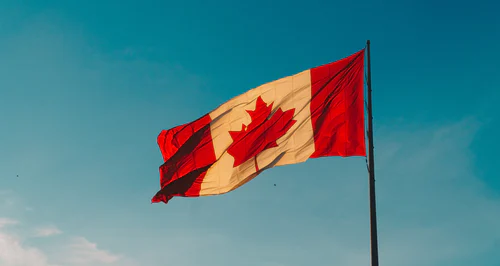 The Maple country’s Prime Minister Justin Trudeau recently announced to the general public that by this summer the nation was looking forward to reducing the stringency of travel restrictions prevailing due to the pandemic.

At a press conference recently held on the 22nd of June, 2021, Trudeau suggested that provided the number of completely vaccinated individuals starts rising, the country plans to ease down more restrictions on travel.

He stated this phenomenon could take mere weeks, instead of prolonged months as was foreseen before. He’s awaiting more laudable news concerning this in the coming weeks. However, he mentioned certain influential factors being the rate at which the nation’s residents were being vaccinated, the condition of the pandemic, the live variants of the virus attacking the population, and alternative situations happening elsewhere.

Lawful of the announcement made to the public on the 21st of June, 2021, those who were traveling and had been completely vaccinated with both shots were exempted from travel-induced restrictions and were also not required to undergo the previously mandatory 14-day quarantine period. It’s important to note that as per certain jurisdictions, as in the case of Quebec, those individuals who have previously procured the virus and have now completely recovered while also receiving one vaccine shot are labeled as being fully vaccinated, the new measure fails to acknowledge such measures.

On Monday, Trudeau mentioned that the Canadian government was not really prepared to make this crucial call, however, he stated that experts were involved in this decision-making process too, and hence, it would be likely to expect some positive responses within the incoming few weeks.

As of the present, the Canadian federal government has failed to mention exact details about metrics involved in deciding the fate of the borders reopening within the nation for tourism purposes. CBC News recently received a statement from Bill Blair, Canada’s Public Safety Minister, that the authorities wish to witness a minimum of 75% of the country’s population being fully vaccinated before they make a decision to completely reopen the borders. At an older meeting held with Ontario border town mayors, Blair was confident that on the 21st of July, 2021, which is the official date of expiry of the currently prevalent border restrictions, the aforementioned measures could come to fruition.

Trudeau failed to supplement an exact date or time of when we could expect further easing down of these border travel restrictions. However, he was concerned about the rush to reopen the border highlighting the fact that when one is fully vaccinated, he/she is void from procuring the virus, however, they are still at risk to continue the viral transmission.

Trudeau concluded by stating that the public would definitely not wish to reign in newer restrictions during the summer season due to an increase in volumes and a rampant rush by the nation.