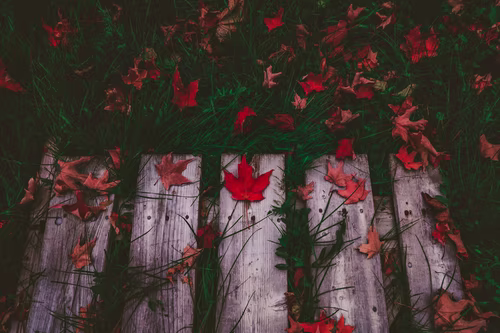 In the third quarter of 2021, Express Entry slowed. The previous two quarters had both set records, therefore Q3 was the slowest three months of the year due to the lower amount of invitations.

Inviting Express Entry individuals to apply for permanent residency, Immigration, Refugees and Citizenship Canada (IRCC) has issued 20,981 invites. This is the lowest number since IRCC welcomed 18,000 candidates in Q4 2019.

The number of Invitations to Apply (ITAs) granted in 2021 surpassed the total for the entire year in 2020 on September 14. IRCC granted a total of 107,350 ITAs last year. With three months remained until the next Express Entry lottery on September 29, the IRCC had granted 109,696 invites.

Last quarter, IRCC held a total of 12 drawings, seven of which were for Provincial Nominee Program (PNP) candidates and five for Canadian Experience Class (CEC) candidates. The majority of the votes went to CEC candidates.

The rationale behind the conduction of the EE’s Q3

According to an internal memo, the IRCC’s operations staff devised a strategy to meet the 2021 admissions targets by focusing on applicants who were already in Canada.

The agency planned to host record-breaking CEC draw sizes of 6,000 for June and July, according to a memo dated June 8. IRCC had already begun holding 6,000-person invitation rounds in April, and the memo was written to request approval for the massive draws to continue.

The CEC, according to the IRCC, will be the primary source of immigrant admissions in 2021. The huge round on February 13 aided in attaining this year’s goal of 141,000 final judgments on CEC applications. By the end of July, IRCC would have to accept 25,000 CEC applications. According to the department, there is a 4-8 month window between invitation and admission, so those invited after July will have a lower probability of being admitted this year.

Any deviation from the department’s goal to focus on immigrants in Canada, according to the memo, will reduce productivity and could result in fewer admissions in 2021. They’ve increased their efforts to process CEC candidates in order to reach their 2021 goals.

The IRCC expected to face backlash from provinces, territories, and other stakeholders for inviting Express Entry candidates with poor scores. As a result, they looked at Express Entry candidates in the pool on March 1, 2021, who had a CRS of 350. They discovered that candidates with a score of 380 or 400 were marginally more likely to have a college education than those with a score of 380 or 400.

They were more likely to have worked in a skilled craft or technical sector that required intermediate language abilities, despite having lower language proficiency on average. This would suggest that their language skills were in line with the demands of their jobs.

On July 22 and 24, the IRCC performed two lotteries for candidates in the 350s. After July, the department expected the invitation round size to decline to around 2,500 CEC candidates biweekly. Two rounds of 3,000 were held in August, and one round of 2,500 was held in September. As the pool of CEC candidates grew, IRCC expected the CRS score criteria for each draw to rise.

The great majority of CEC applicants who applied by September 2021 would be finalized and admitted by IRCC in 2021. In lieu of other overseas economic categories, the operations sector had taken capacity from the worldwide network to expand CEC processing. This was before approved permanent residents were able to complete their permanent residency landing in Canada.

In early 2022, depending on the COVID-19 scenario, the focus of final decisions could turn back to FSWP candidates. IRCC had an inventory of 58,000 FSWP candidates who were unable to enter Canada in June due to travel limitations that prevented approved permanent residents from completing their landing in Canada.

This does not rule out the possibility of FSWP draws before the end of the year, but it does indicate that individuals who have applied may expect processing delays.

The message was written before Canada lifted travel restrictions on all holders of Confirmation of Permanent Residence (COPR) on June 21. In principle, this should make it easier for IRCC to handle overseas Express Entry applications in order to meet its immigration targets. In fact, however, it appears that IRCC will continue to focus on processing in-Canada Express Entry applications as it did before June 21.