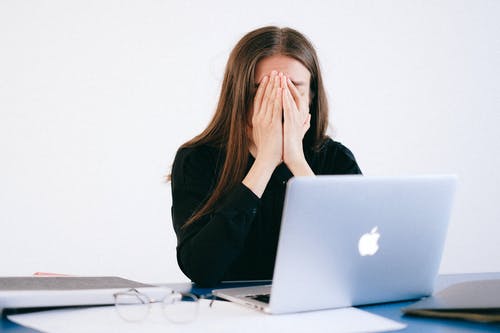 A drastic drop in Canadian employment rates was observed recording up to 207,000 job losses, suggesting almost an 8% increase in unemployment according to April 2021 reports. Canada’s labor market conditions were assessed by Statistics Canada between 11th and 17th April as stringent measures were implemented by Canadian provinces owing to the striking rise in COVID-19 positive cases all across the country.

Certain provinces resorted to taking the following preventive measures: Ontario issued a stay-at-home order, a curfew was introduced in certain regions of Quebec at 8 PM and 9:30 PM, indoor dining was deemed impossible in British Columbia due to the closure of bars and restaurants.

There was an increase in the working employees devoting less than 50% of their typical work hours by 288,000 as of April 2021 and a sharp rise of about 100,000 (up to 5 million) was observed in remote working employees operating from their homes.

Most immigrants have faced deflections due to the ongoing pandemic as many of them have been employed by industries that bore the weight of the affected market. Three of the private industrial sectors denoting a steep rise in unemployment were Retail Trade, Food and Hospitality Services, and Culture, Information, and Recreational sectors. This graph declined due to the stringency of health measures – with alternating tightening and leniency in the enforcement of restrictions.

Out of these, April 2021 signified the loss of about 59,000 jobs solely in the Food and Hospitality industry, mostly recorded in British Columbia and Ontario. The prime reason for this was the shutting down of restaurants and bars preventing indoor dining somewhere between the end of March and the beginning of April.

As the health measures currently being undertaken to safeguard public health are quite restricted, it had an impact on travel, public gatherings of the population, and indoor recreation spaces. This led to the reported loss of about 26,000 jobs in the Culture, Information, and Recreational industry.

The imposition of even more stringent restrictions was observed upon non-essential stores in Alberta, Ontario, and multiple regions of Quebec. This resulted in a whopping loss of 84,00 jobs in the Retail Trade industry.

April 2021 reported approximately 10% as the unemployment rate for visible minorities, suggesting half of a percentage point rise. These rates remain unchanged for White Canadians at about 8%, however, a sharp rise to about 14% was reported amongst Southeast Asian Canadians. More than 6% of an increase in unemployment rates was observed amongst Filipino Canadians.

Immigrants having entered Canada for 5 or fewer years witnessed a steady rise in employment rates early on during the pandemic. Greater than 2 percentage points of a rise were observed dating a three-month span between Dec 2019 – Feb 2020 signifying the employability of 2/3rds of recent Canadian immigrants in February, March, and April 2021.

However, the travel restrictions imposed due to the COVID-19 pandemic caused a dramatic decrease in fresh immigrants entering the country. The increase in employment rates can be inferred from the tremendous fall in population as compared to their employment.

Immigrants residing in Canada for more than 5 years experienced a massive drop in employment rates of about 58%.